Christian Silvain (1950- Eupen) is one of Belgium's most famous modern artists. His works are exhibited in more than 80 museums all over the world.

He was quickly placed with the Belgian surrealist school, especially as his work was strongly influenced by Delvaux in the early days. He refers to his childhood. In his youth he lived above his aunt's toy store. Cages, birds and planes are depicted in many of his works, a way for the artist to escape to this magical world.

Silvain brings a touch of Pop Art to his latest works. He mainly popular symbols that mark the unconscious childhood with the aim to desecrate it. Yet Christian Silvain does not belong to a group, school, or movement; he is a solitary artist. At first glance, his works appear happy, but they reveal themselves quickly to be riddled with signs, violent words and allusions. 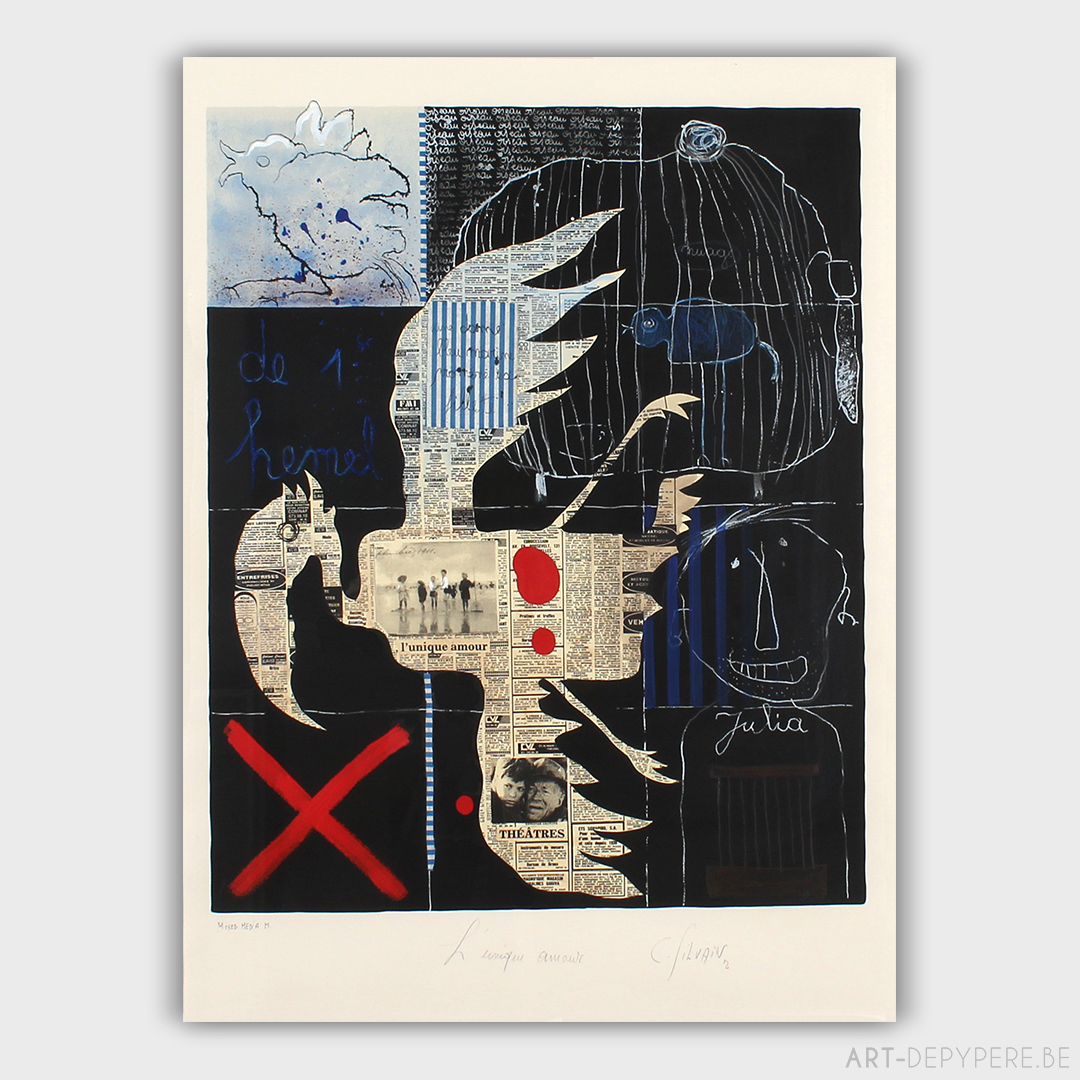 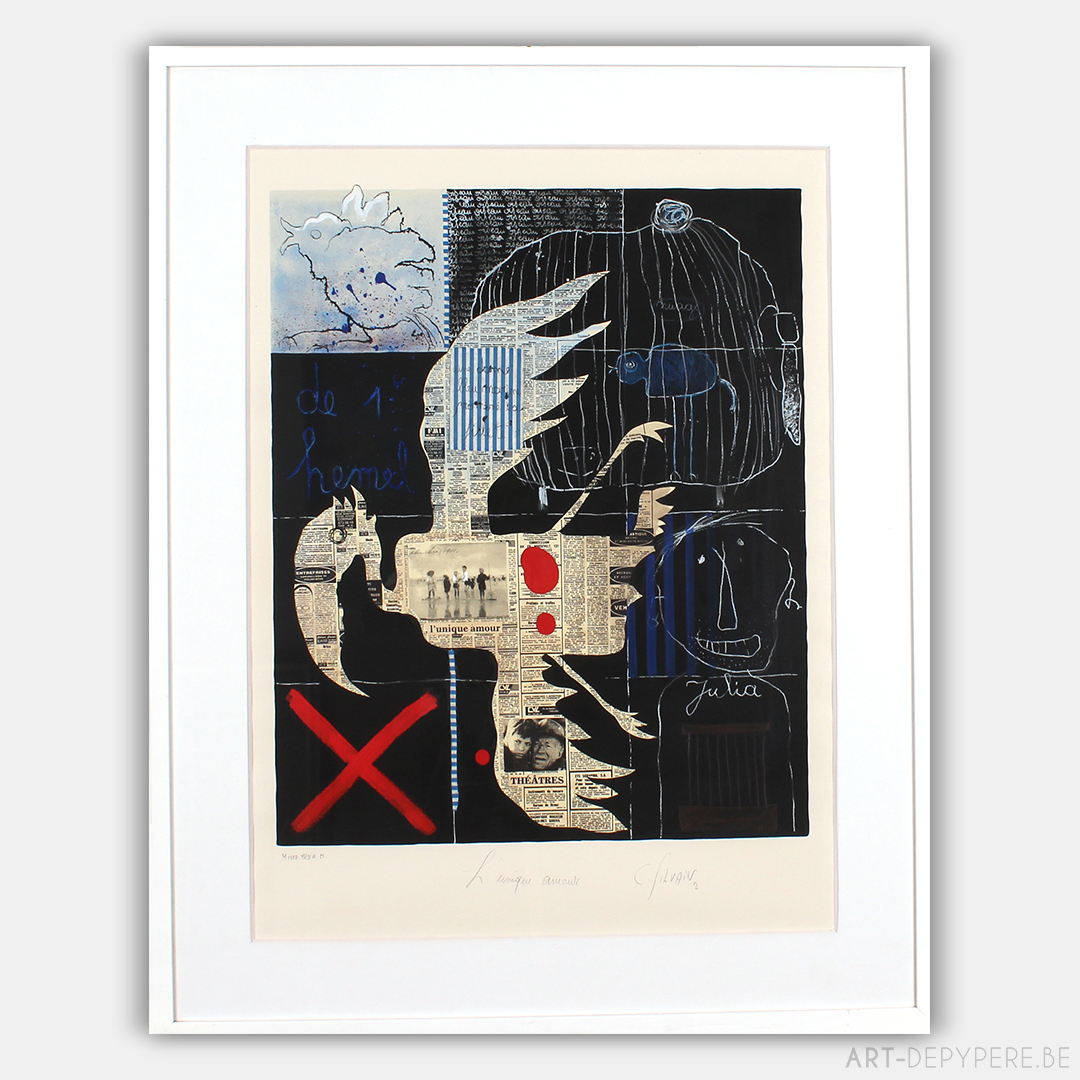