Guillaume Corneille (1922-2010) was a Dutch Cobra painter. Initially strongly influenced by Picasso's work, he broke away from it in 1948 and joined the Cobra movement; he is co-founder of it, together with the Dutch Karel Appel, Jan Nieuwenhuijs, his brother Constant Nieuwenhuijs and the Belgians Christian Dotremont and Joseph Noiret, among others.

In 1950 he moved from Amsterdam to Paris where he lived until 1968 with the photographer Henny Riemens (1928-1993). The couple married in Amsterdam in 1955 and traveled several times to other parts of the world: North Africa, North America, the Antilles and South America. These journeys largely determine the nature of his work. From 1960 he reverted to figurative art, in which women, birds, flowers and often characters belong to his artistic vocabulary. 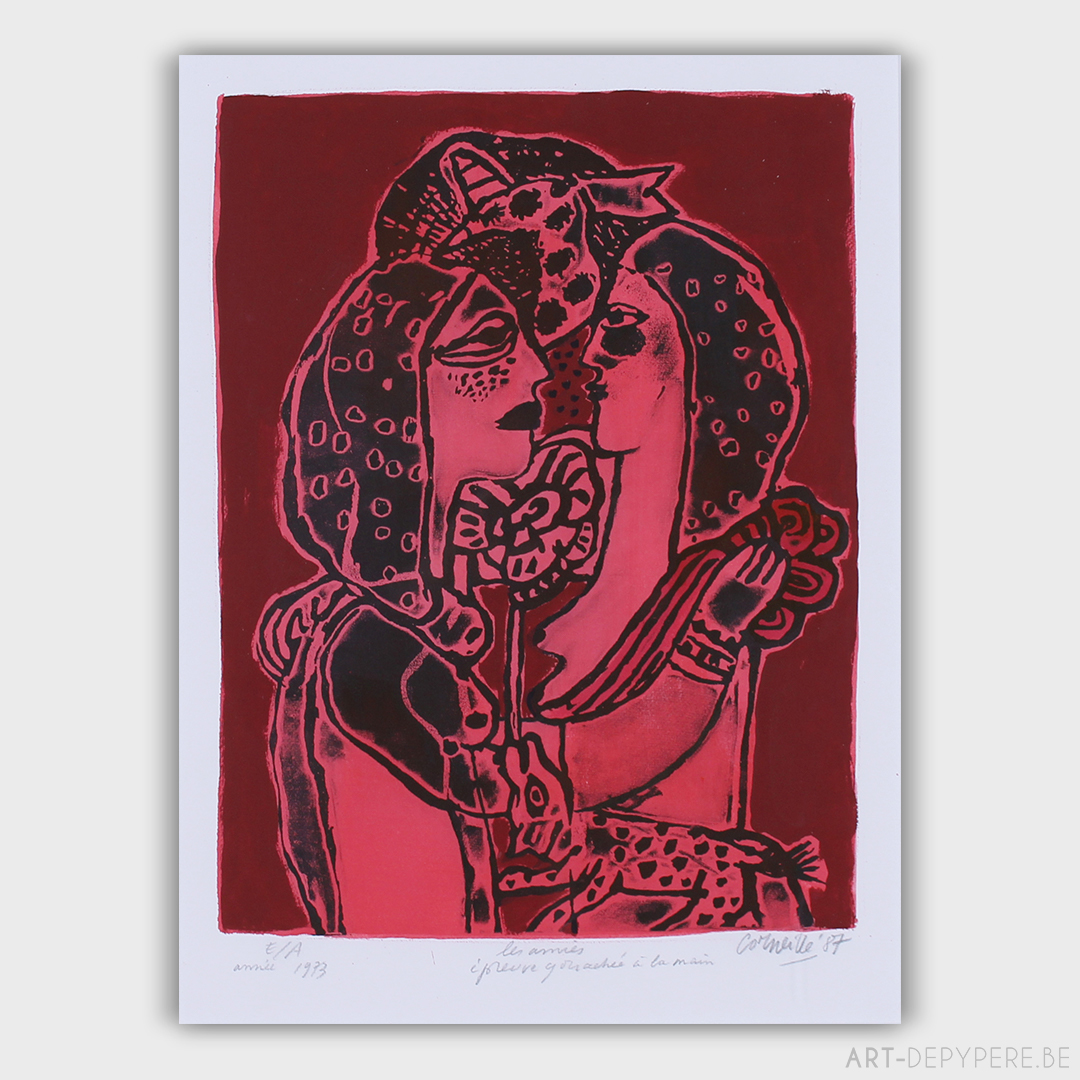 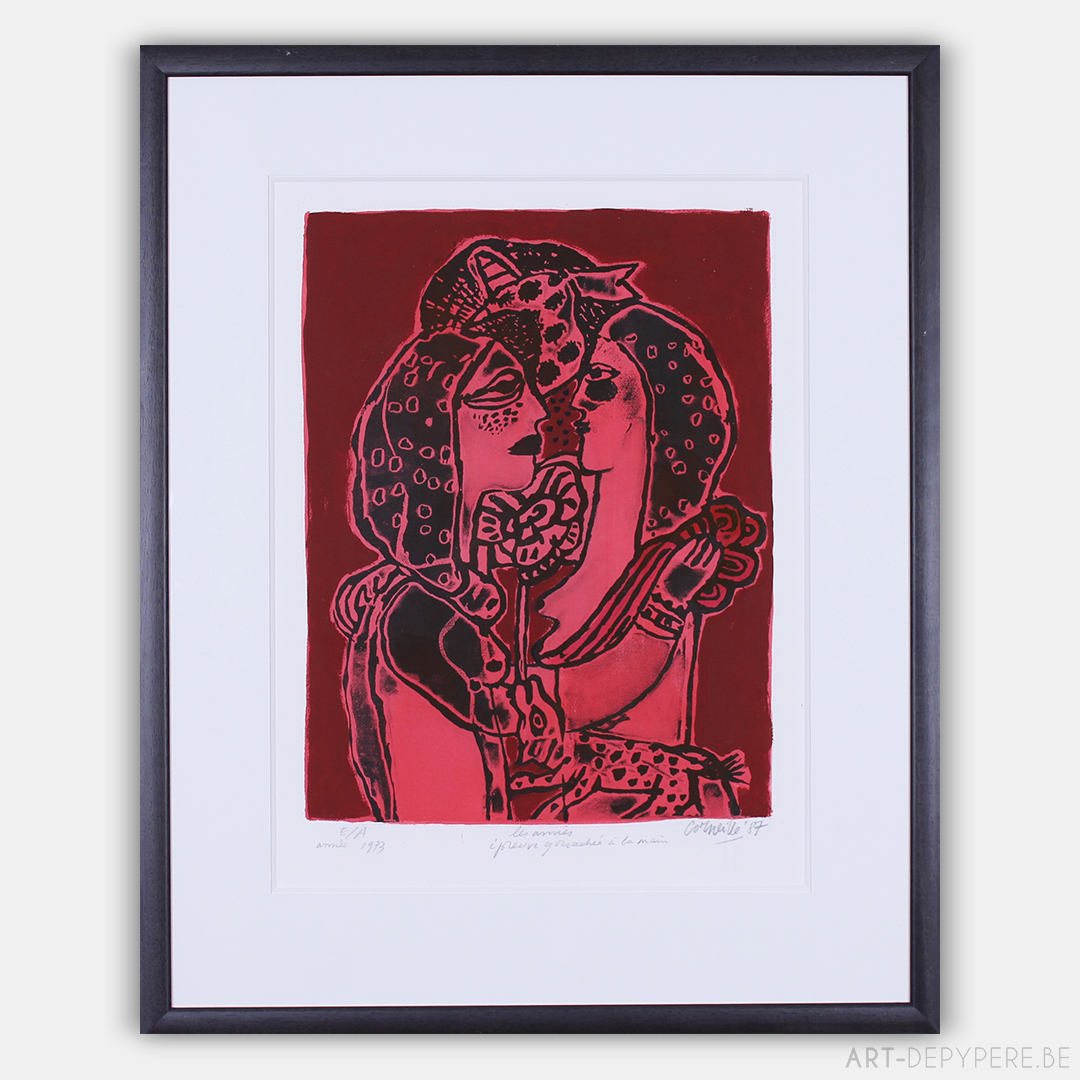 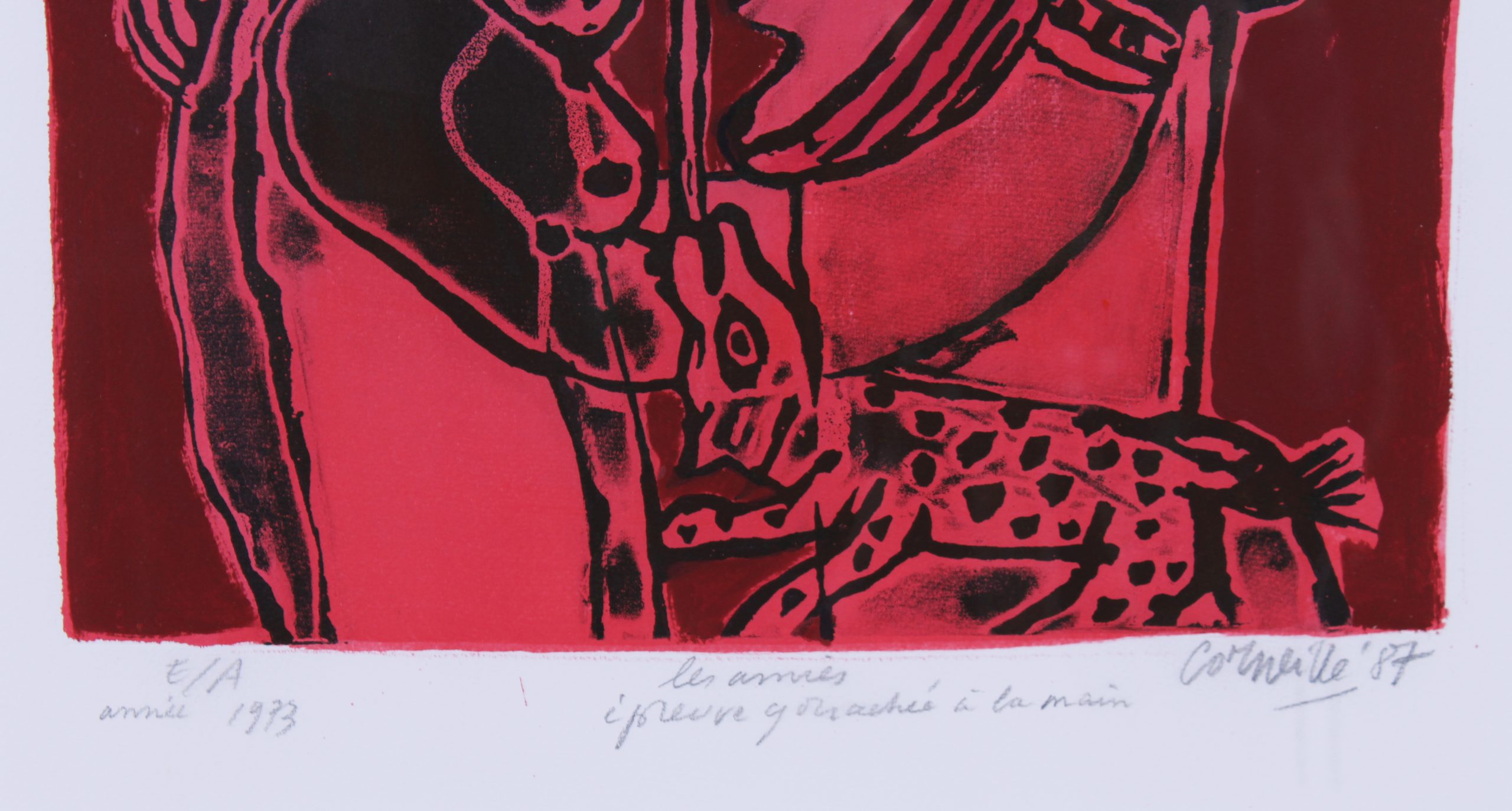