Asger Jorn was a Danish artist and co-founder of the CoBrA group alongside Karel Appel. The artist experimented with spontaneous line and semi-figurative representation in paintings he called “modifications.” These works were primarily made atop traditional landscape paintings he collected from flea markets, over which Jorn painted irreverent abstractions or monstrous forms. “A creative train of thought is set off by the unexpected, the unknown, the accidental, the disorderly, the absurd, the impossible,” he once said.

Born Asger Oluf Jørgensen on March 3, 1914 in Vejrum, Denmark, the young artist drove himself to Paris in 1936, where he enrolled in Fernand Léger’s private art school. Returning to Denmark the following year, Jorn continued his education at the Royal Danish Academy of Fine Arts in Copenhagen. Besides CoBrA, the artist also contributed to Guy Debord’s Situationist International with works which attempted to change people’s behaviors towards art, writing, and the spaces they lived in. Jorn continued painting until his death on May 1, 1973 in Aarhus, Denmark. In 2010, the Silkeborg Museum of Art in Denmark was renamed the Museum Jorn in his honor. Today, the artist’s works are held in the collections of The Museum of Modern Art in New York, the Tate Gallery in London, and the Reina Sofia National Museum in Madrid, among others. 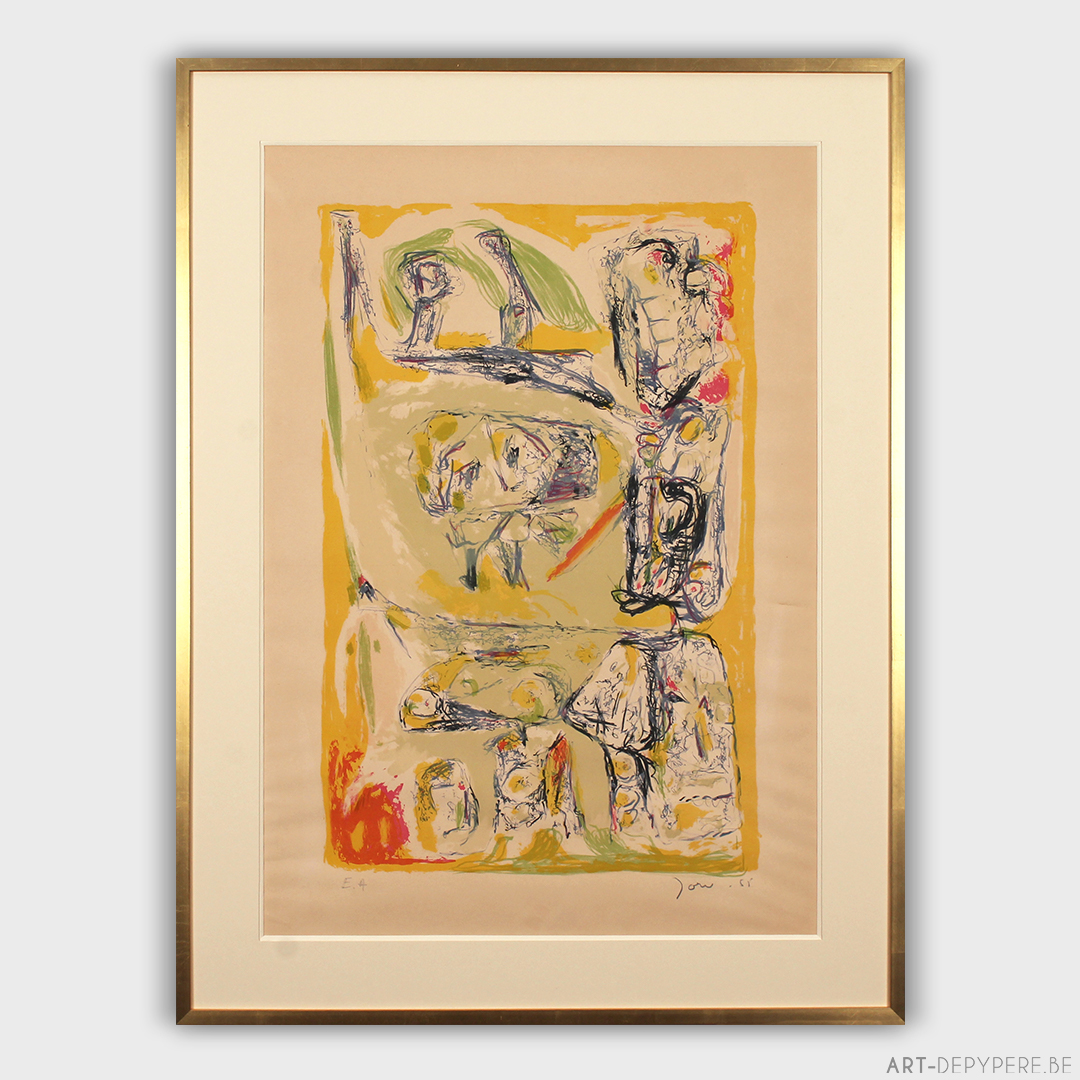 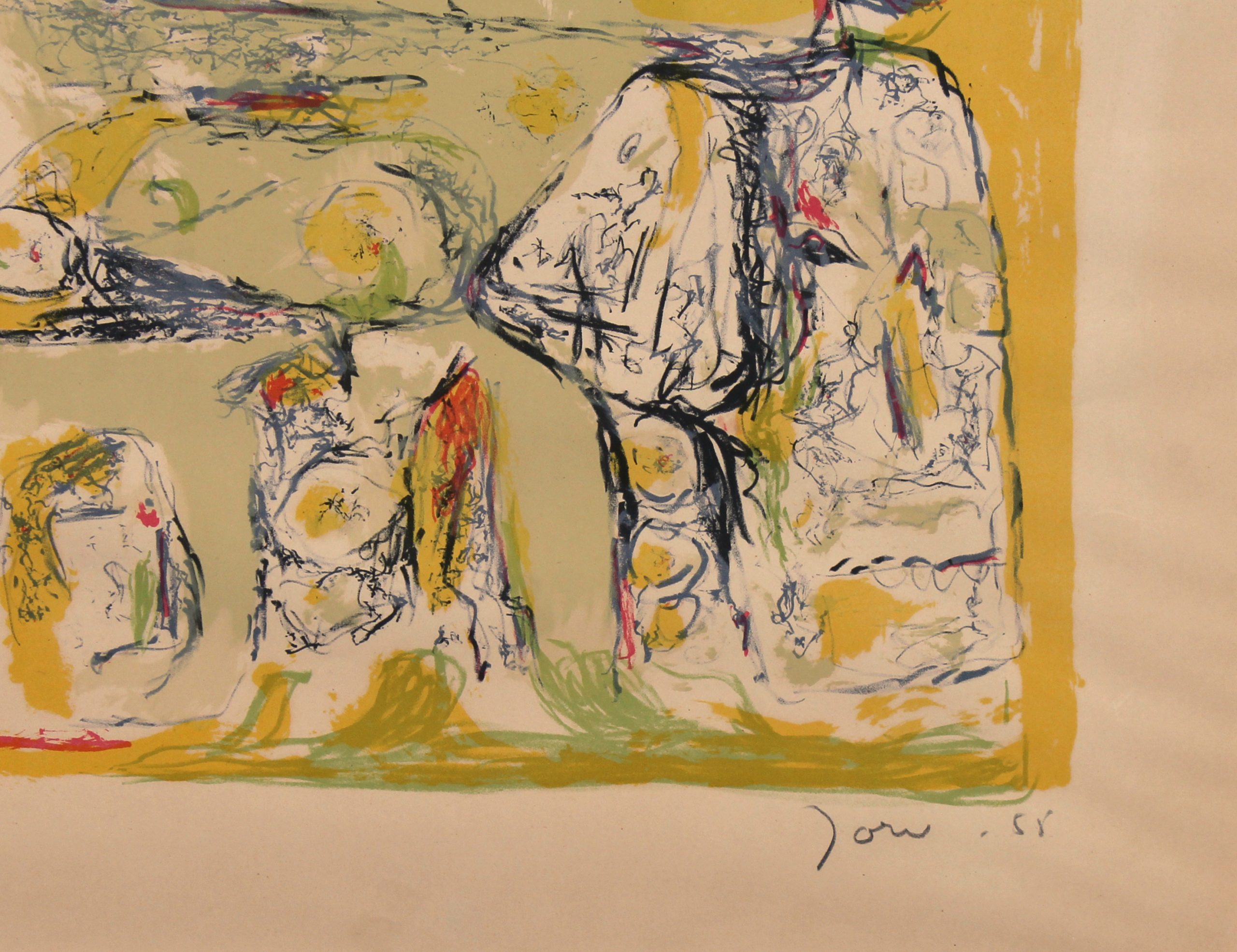 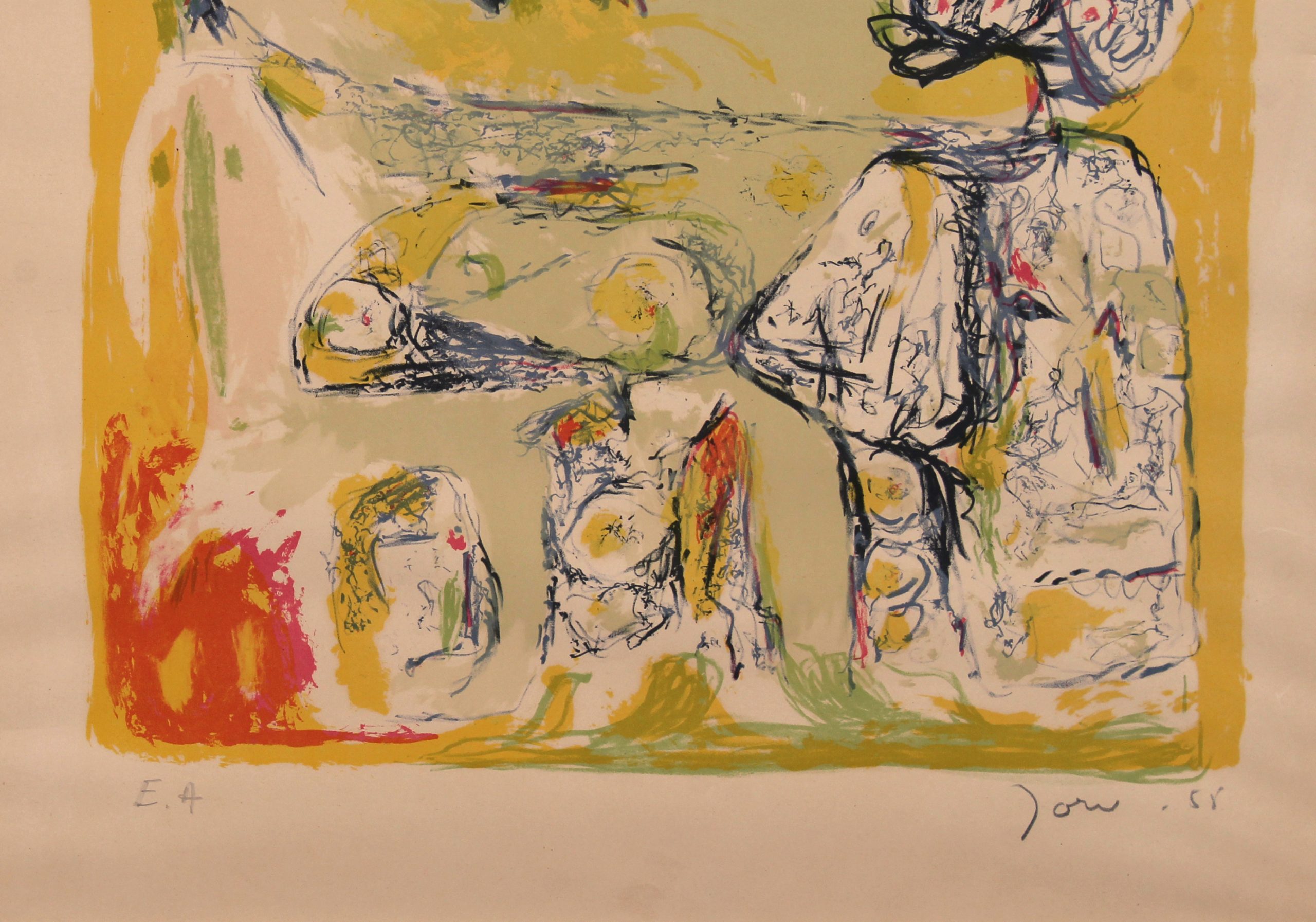