He started creating his collecting in 1995 after a long period of hospitalization. He has shown his work since 1996 in Paris and since 2000 in the United States (New York, Los Angeles, Chicago, Seattle). He is currently being shown by galleries in France, Belgium, Switzerland, Luxembourg and the United States.

He keeps on trying out new materials (fabric, leather, glass, plants, metals,…) that he integrates into his bas-reliefs: traction engines, merry-go-rounds big wheels and spacecrafts, always in search of the ‘fusion of the components’. 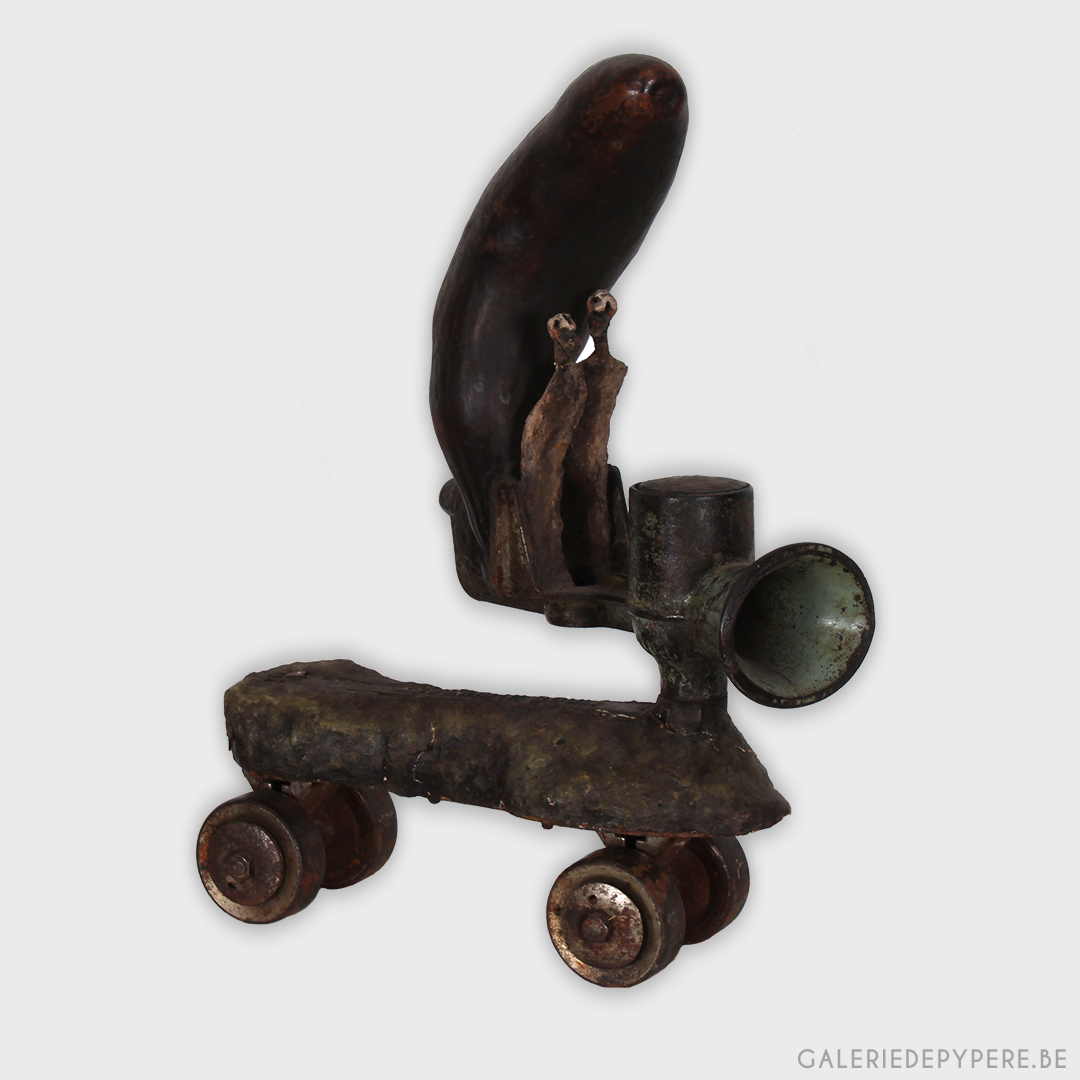