Pjeroo Roobjee (° Ghent 7 February 1945) attended painting, drawing and engraving classes at the Royal Academy of Fine Arts of his home town and at the preparatory department of the Rijksacademie in Amsterdam.

He published a number of books, theater works and three collections of poetry.

His predominantly monumental canvases traveled the five continents and represented the nation at important art events such as the Biennales of Sâo Paulo and Venice.

His plastic as well as his literary pursuits have been awarded several times. He has been awarded many prizes in the Prix de la Jeune Peinture, he won the Leo J. Krijn Prize for his debut novel “The Night Writer” and in 1984 he received the Eugène Baie prize. In 1994 he was awarded the Louis Paul Boon prize, in 1998 he was awarded the Ark prize of the Free Word and in 2004 he became laureate of the Cultuurprijs of the city of Ghent for his literary work.

The monograph “Roobjee. An abc” by doctor Johan Pas, art historian, appeared at Lannoo, Tielt in 2006 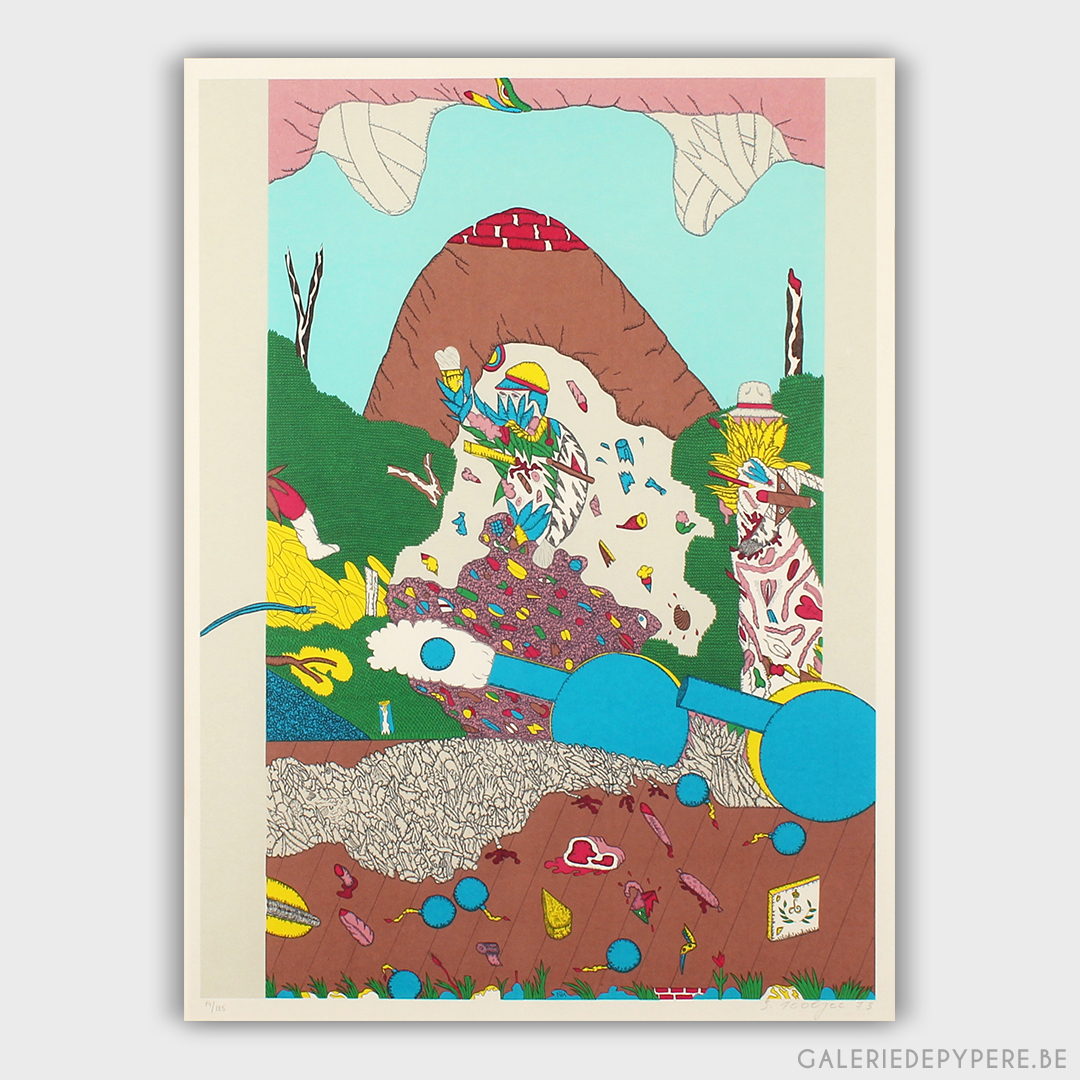 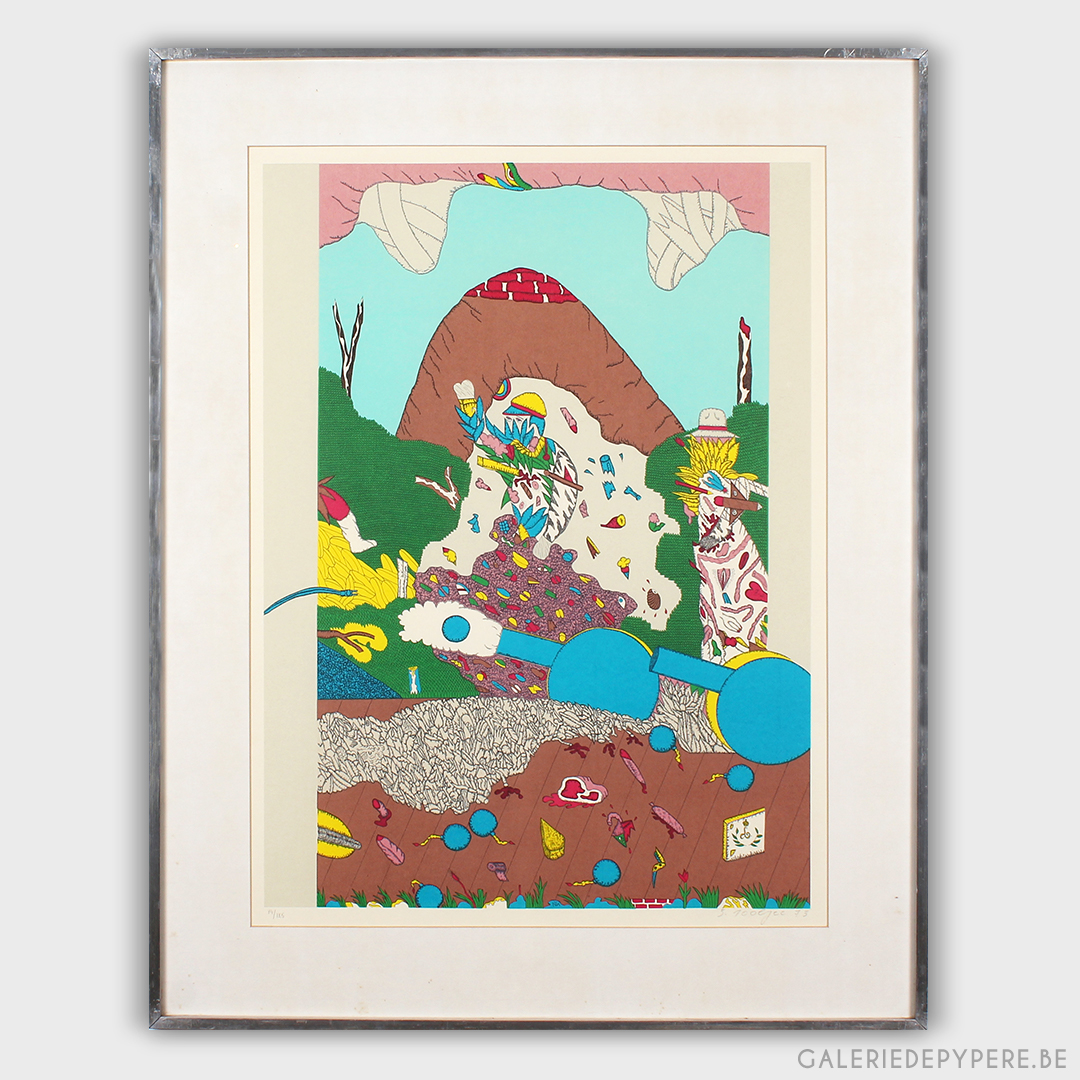 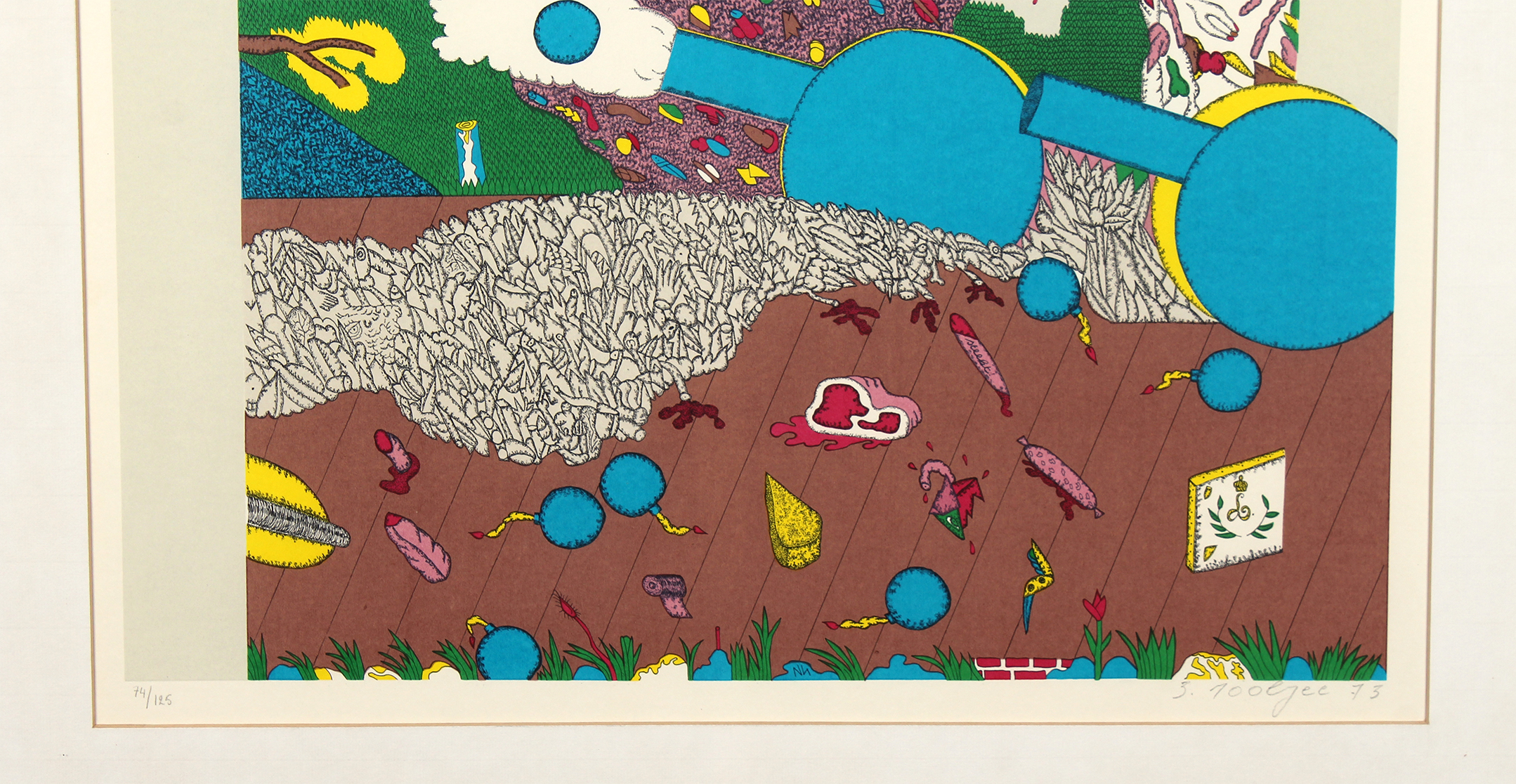