Paul Delvaux (Antheit, September 23, 1897 - Veurne, July 20, 1994) was a Belgian painter. He was often referred to as Belgian surrealism, but did not accept this reference. He found this interpretation of his work too narrow, too formalistic and, above all, too superficial. He simply wanted to create "a poetic realism" and in this he reached an unprecedented height and international fame. The iconography of Delvaux's work from which he derives his fame is difficult to fathom. Not only because in that respect the painter has rarely spoken explicitly about the motifs he uses, but also because these still remain open to many different explanations. Female nudes with large dream eyes, human skeletons, old-fashioned trains and wagons, stations and classical-looking buildings are the main elements of his visual language. 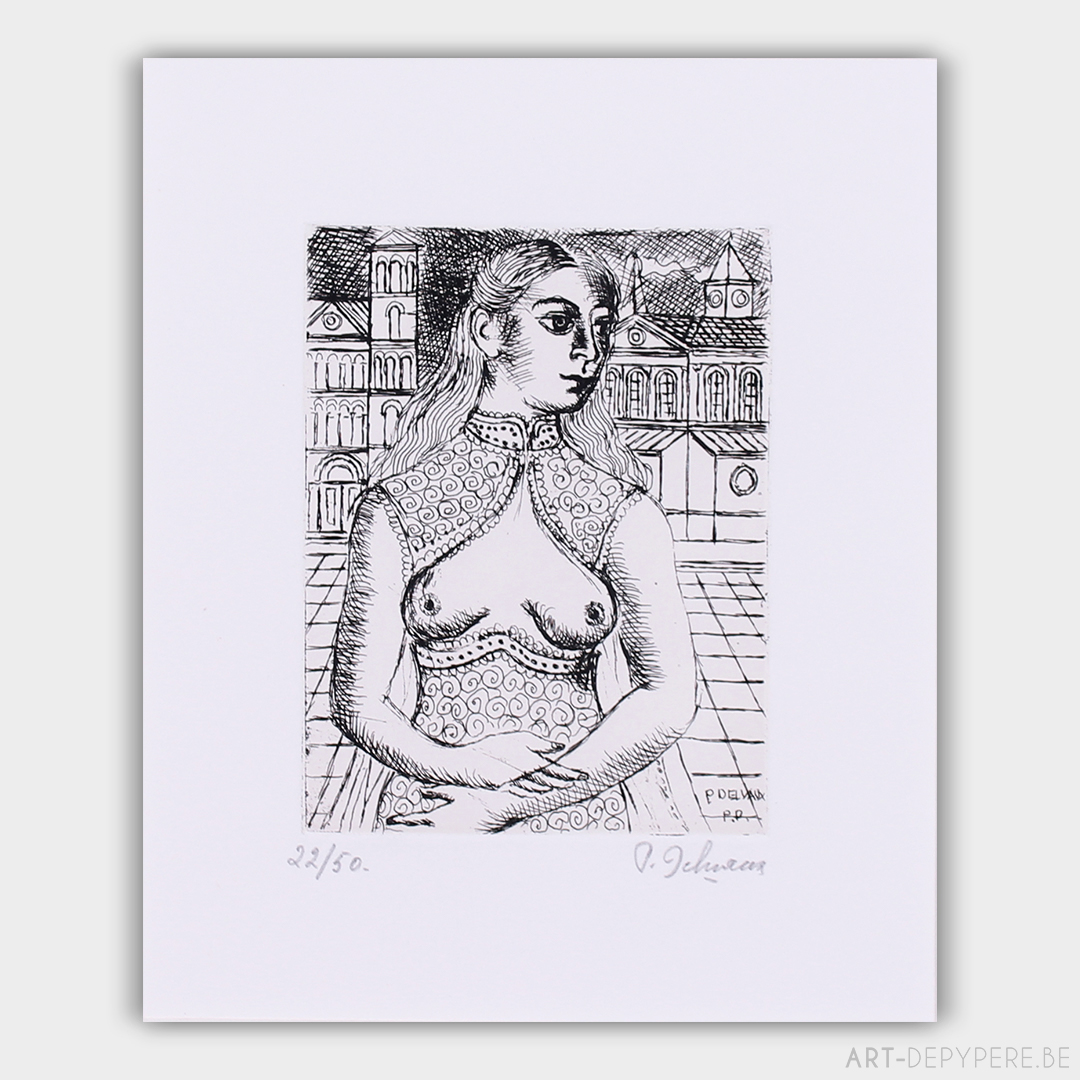 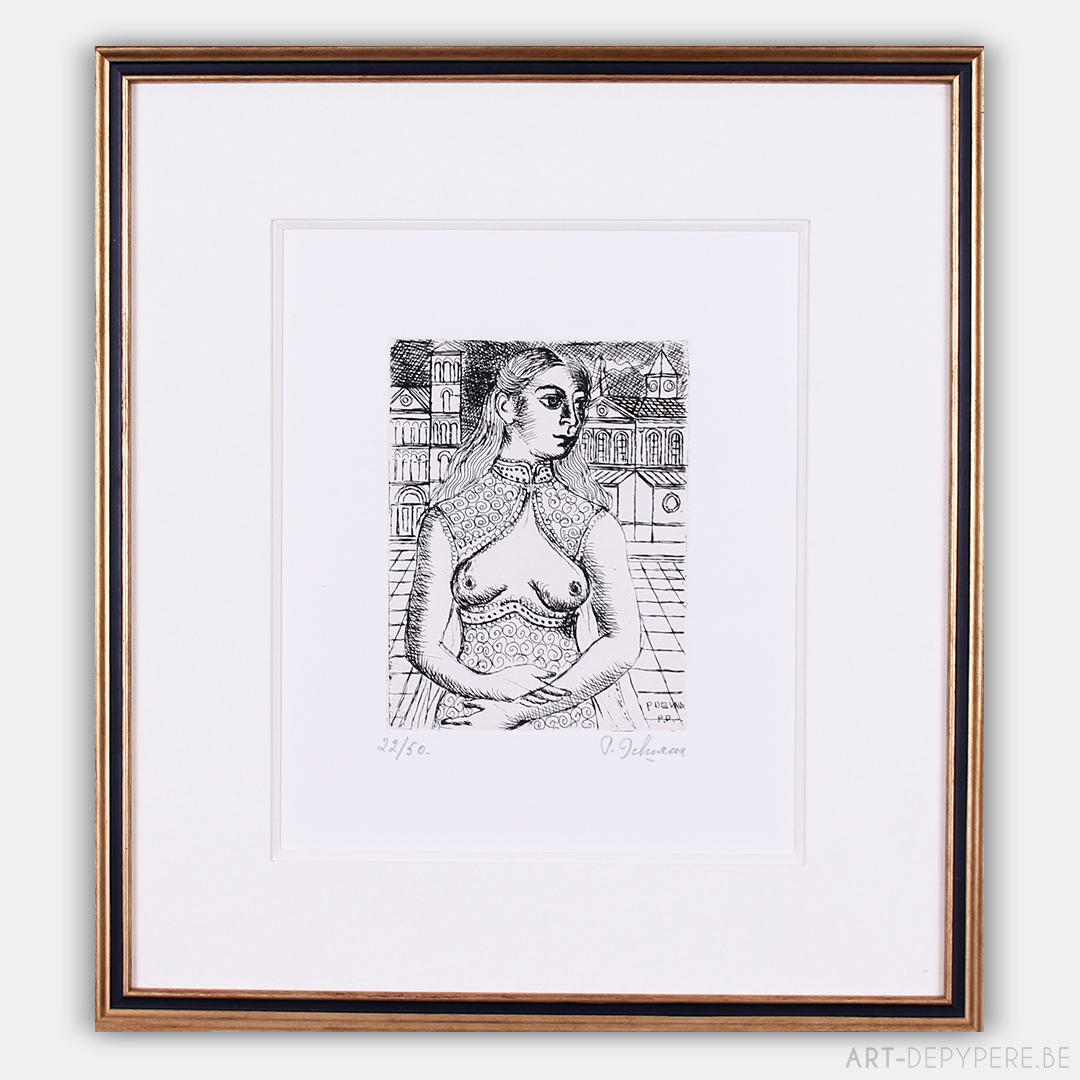 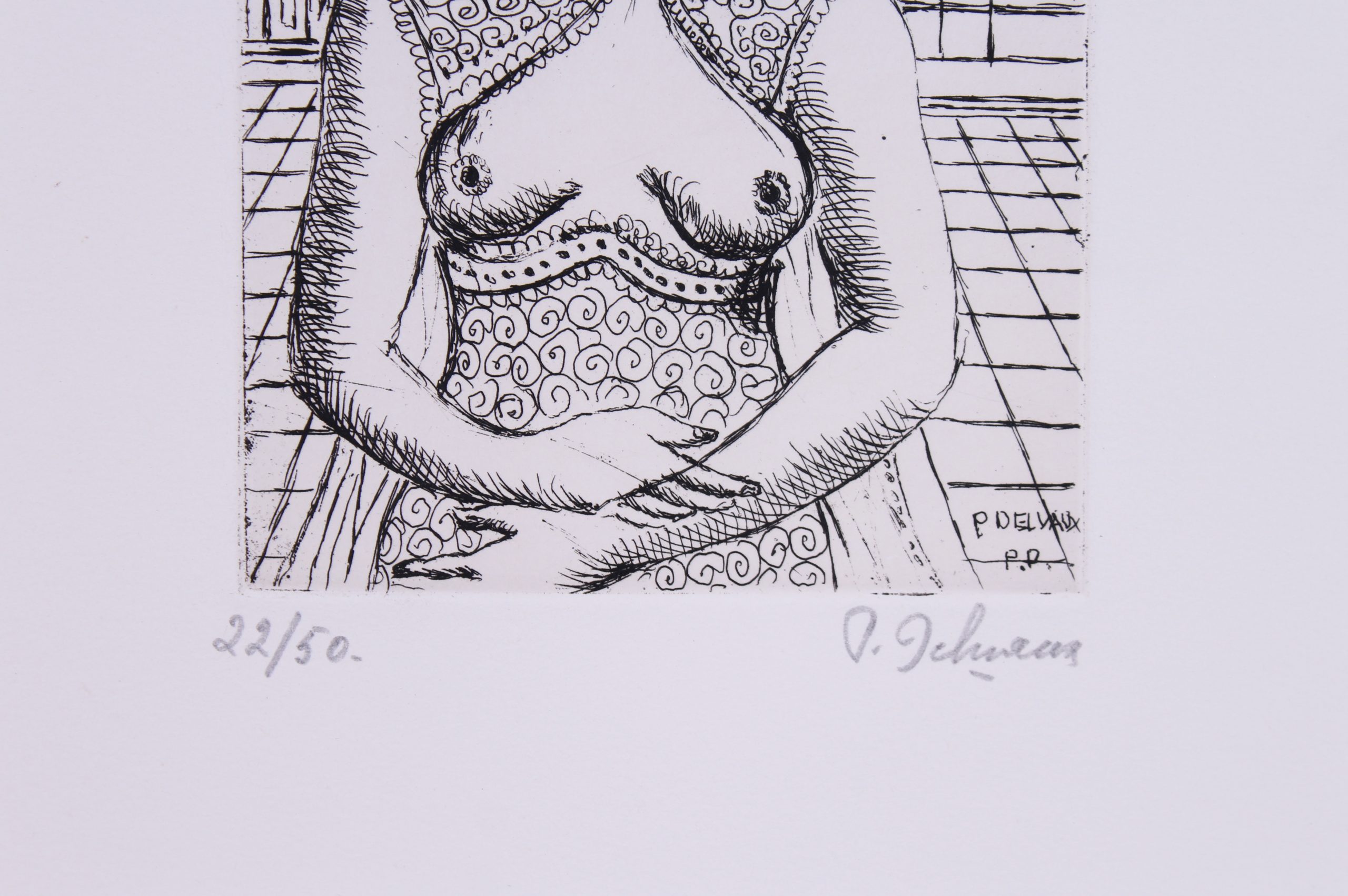