Laurent Dierckx studied painting at the Royal Academy of Fine Arts in Brussels and at the Academy of Watermael-Boitsfort.

This artist works several canvases at the same time, sometimes ten. The works are placed against the walls of his studio, and they touch on one side like the pages of a huge album of images.

He begins by spreading a thick base coat, a white long kneaded and enriched with a thousand shades, sometimes bluish, sometimes greenish or pink. It is the sky, the atmosphere, the horizon, an unlimited space. In the lower part of the painting then appears a stratified band which represents the earth.

Then appear the man, the woman, the household, the religion, archetypes which are part of the personal mythology of the artist. Their presence and especially their proportional relationships sometimes express the domination of nature by man, sometimes the latter’s powerlessness in the face of an infinite and mysterious universe.

This weakness of the human being is often marked by the presence of an anonymous (faceless) puppeteer who controls the fate of each. From a delicate organic world, sometimes angry, arise death, sex and violence.

The result is a singular work with dense materials, in perpetual evolution and subject to changes in the artist’s daily emotions. Sometimes, the overload is such that Laurent Dierckx decides to turn his canvas and start again his subject, rich in the previous experience.

Laurent Dierckx’s work stands out from the current artistic scene, by not being limited to urban art produced in the instantaneous and the ephemeral. Life and death, verticality and horizontality, tenderness and violence, structure and overflow … these are the favorite subjects developed by the artist who thinks about painting in a dialectical way and creates unity in contradictions. 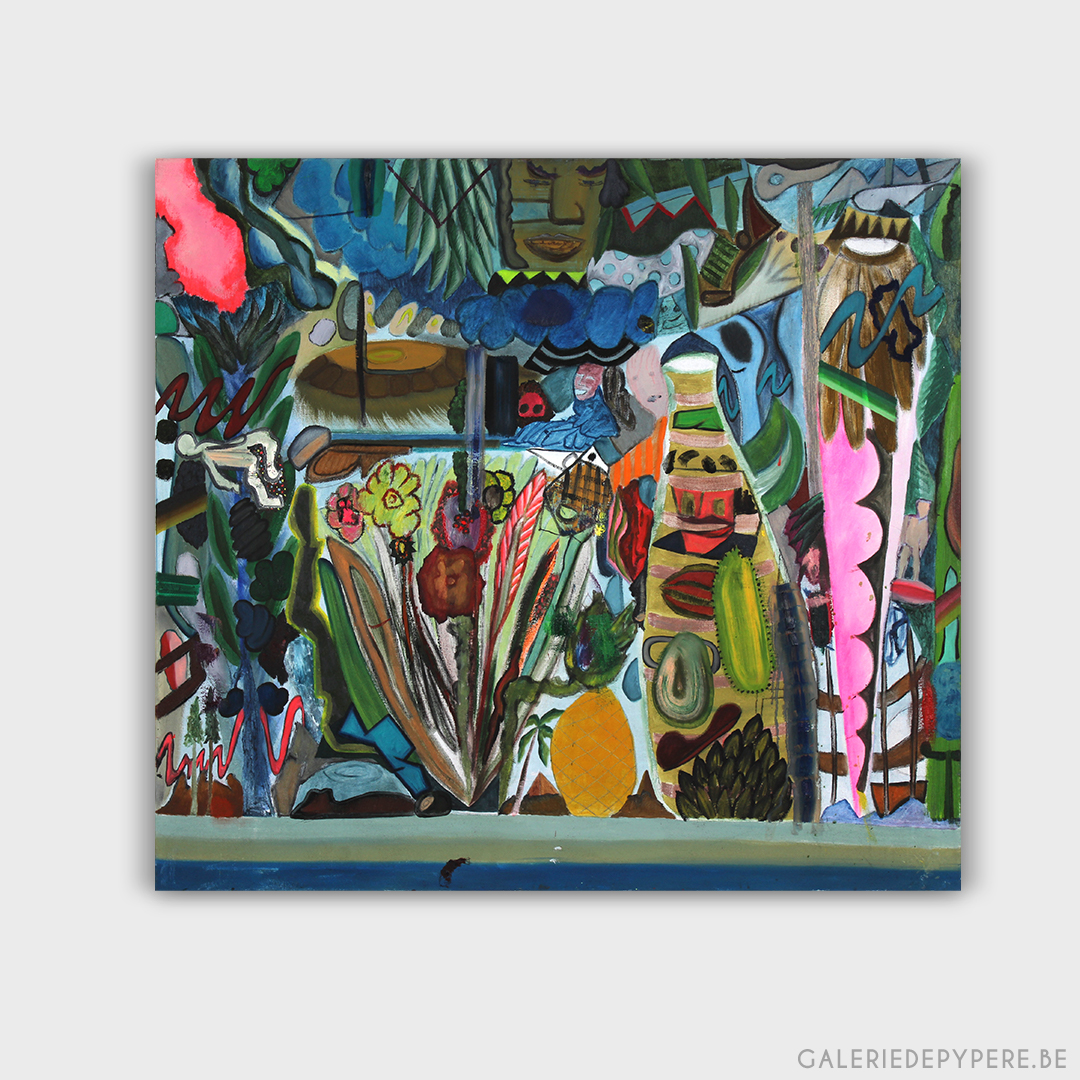