Keith Haring was an American artist and social activist known for his illustrative depictions of figures and symbols.

His white chalk drawings could often been found on the blank poster marquees in New York’s public spaces and subways. “I don't think art is propaganda,” he once stated. “It should be something that liberates the soul, provokes the imagination and encourages people to go further. It celebrates humanity instead of manipulating it.” Born on May 4, 1958 in Reading, PA, he grew up in neighboring Kutztown, where he was inspired to draw from an early age by Walt Disney cartoons and his father who was an amateur cartoonist. After briefly studying commercial art in Pittsburgh, Haring came across a show of the works of Pierre Alechinksy and decided to pursue a career in fine art instead. He moved to New York in the late 1970s to attend the School of Visual Arts, and soon immersed himself in the city’s graffiti culture.
By the mid-1980s, he had befriended fellow artists Andy Warhol, Kenny Scharf, and Jean-Michel Basquiat, and collaborated with celebrities like the singer Grace Jones. Diagnosed with HIV/AIDS in 1988, Haring’s prodigious career was brief, and he died of AIDS-related complications on February 16, 1990 at the age of 31. Before his death, Haring established the Keith Haring Foundation, a non-profit committed to raising awareness of the illness through art programing and community outreach.

Throughout his career, Haring made his art widely available through the location of his murals, as well as through the Pop Shop—Haring's own storefront which he used to sell his memorabilia.The artist’s mural Crack is Wack (1986), can still be seen today on a retaining wall along FDR Drive in Manhattan. Haring’s works can be found in the collections of The Museum of Modern Art in New York, the Los Angeles County Museum of Art, the Art Institute of Chicago, and the Smithsonian American Art Museum in Washington, D.C. 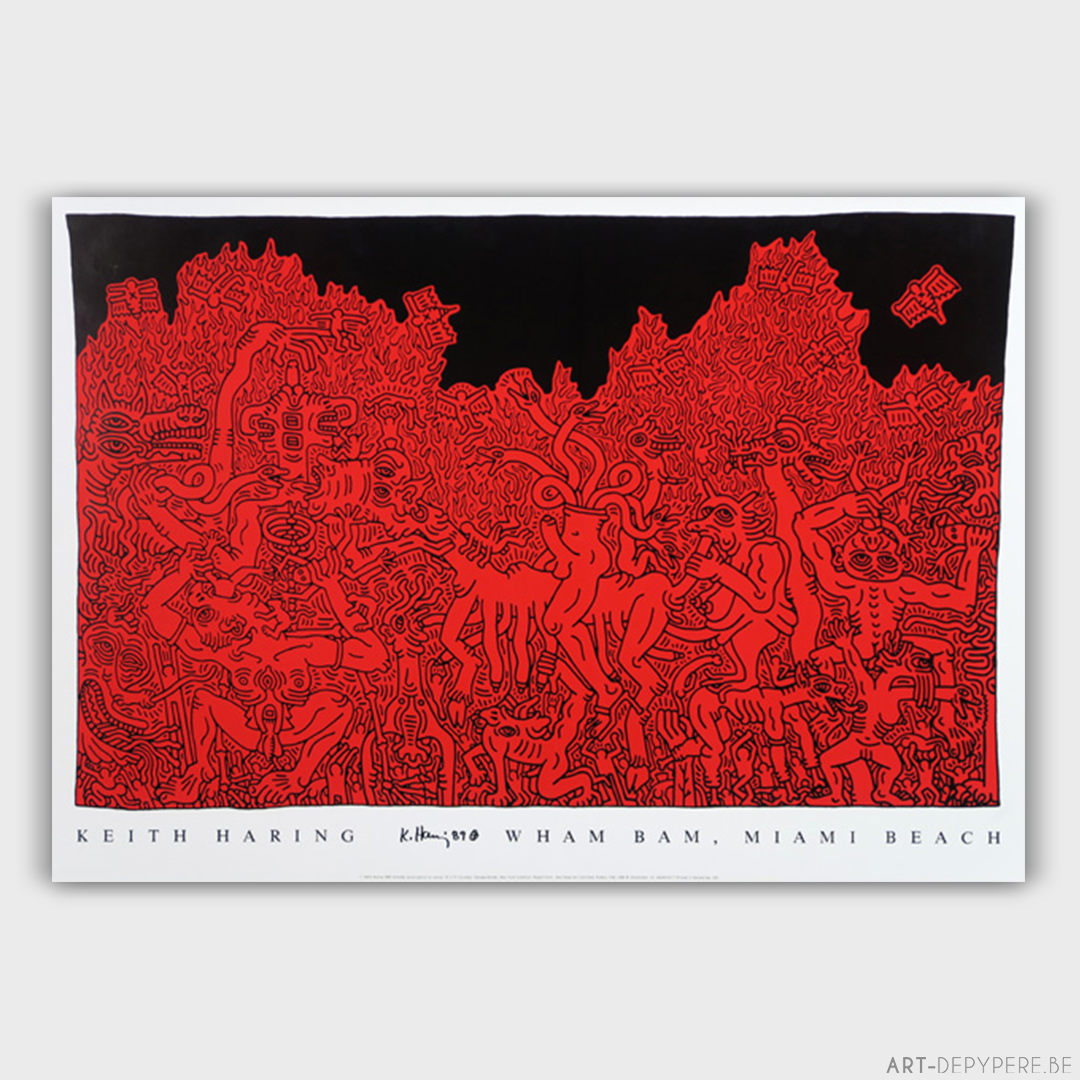 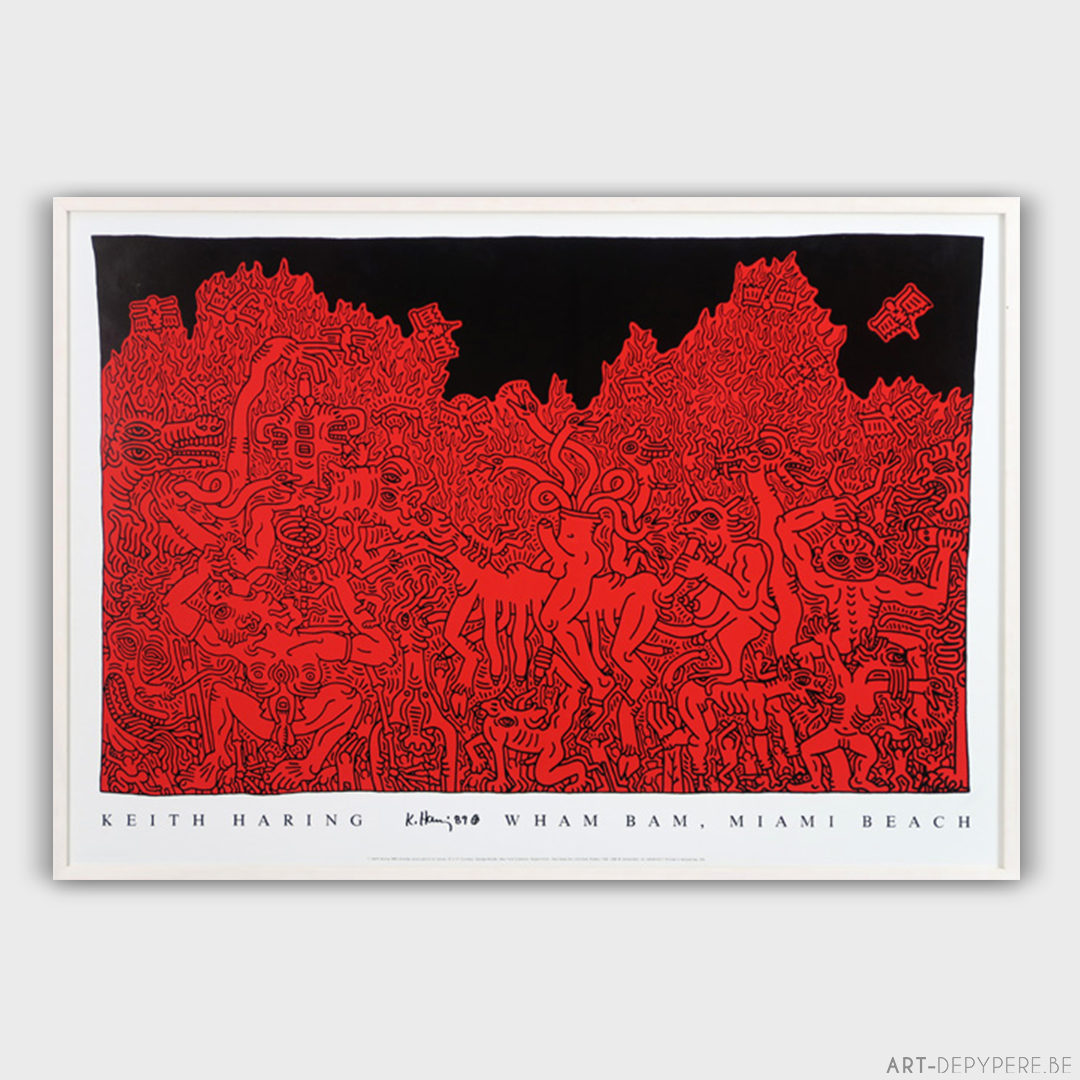